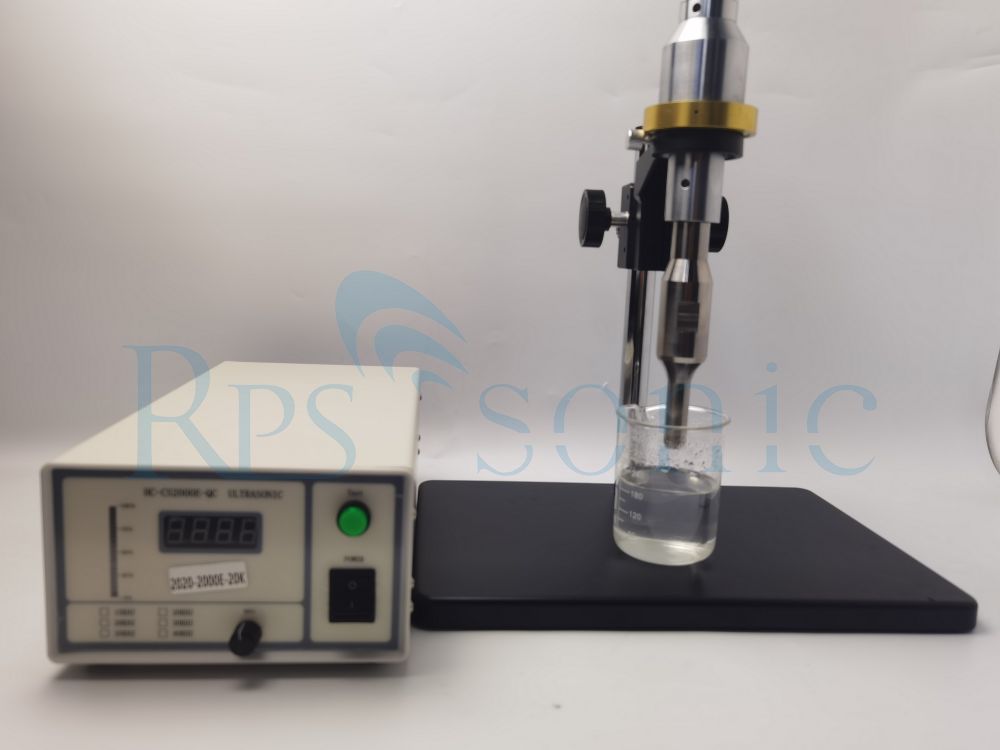 Under the action of ultrasonic energy, two or more immiscible liquids are mixed together, one of which is uniformly dispersed in the other liquid to form an emulsion liquid. This treatment process is called ultrasonic emulsification.

Under the action of ultrasonic energy, two or more immiscible liquids are mixed together, one of which is uniformly dispersed in the other liquid to form an emulsion liquid. This treatment process is called ultrasonic emulsification.

All kinds of intermediates and consumer products, such as cosmetics and skin care products, pharmaceutical creams, paints, lubricants and fuels are all or part of emulsions. Emulsions exist in all aspects of life. Knowing how to control and optimize performance is essential to produce high-quality products. Quality is defined as being suitable for the final application.

Different industries have very different emulsion manufacturing processes. These differences include the components used (mixtures, including various components in the solution), emulsification methods, and more processing conditions. Emulsion is a dispersion of two or more immiscible liquids. High-intensity ultrasound is provided to disperse the liquid phase (dispersed phase) in the small droplets of another second phase (continuous phase). energy.

Ultrasonic emulsification technology has been widely used in food, paper, paint, chemical, pharmaceutical, textile, petroleum, metallurgy and other industrial fields. Ultrasonic equipment can be easily installed on existing production lines, which is convenient for manufacturers to upgrade equipment at a lower cost. . Ultrasonic emulsification can also create emulsions that do not work in general methods. The commonly used mixing method can only produce 5% paraffin wax in water. It is incredible that under the action of power ultrasound, 20% paraffin wax emulsion can be produced.

Features
The type of emulsion can be controlled.
The power required to produce the emulsion is small.
The formed emulsion is more stable, and some are stable for several months to more than half a year.
The concentration is high, the concentration of pure emulsion can exceed 30%, and the addition of emulsifier can reach 70%.
Low cost, an important feature of ultrasonic emulsification is that it can produce a very stable emulsion without or with less emulsifiers.
Compared with general emulsification technology and equipment (such as propeller, colloid mill and homogenizer, etc.), ultrasonic emulsification has many advantages.
The average droplet size of the formed emulsion is small (0.2~2 microns), and the droplet size distribution range is narrow (0.1-10 microns) or narrower.
The range of application of sonochemistry reactor
• Dispersion
• Cell disruption
• Pharmacy sample prep
• Homogenization
• Emulsification
• Nanoparticle dispersion
• Atomization
• Graphene dispersion
• Biodiesel making;
• Liquidation,
• Crystallization,
• Extraction,
• Wastewater treatment,
• Accelerated reaction,
• kill microbes(cell disruption),
• Degradation of toxic organic pollutants
• antiscaling descaling in sewage treatment field

Q1.What kind material of the horn?

A. Titanium alloy, we also customized aluminum hom for customer before.

Q2.What’s the time of delivery?

A. For Conventional hom, 3 days, for customized hom 7 work days.

A. No . but some time need Mechanical stiring.

A. Yes ,it can work 24hours continously.

Q5.What’s the Processing capacity of one set ultrasonic extraction equipment?

Q6.What’s the warranty of your sonicator equipment?

A. All equipment one year warranty.