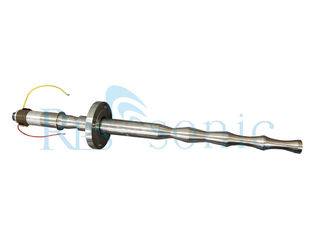 Sound
Sound can be described as mechanical energy transmitted by pressure waves in a material medium. Thus, sound can be described as a form of energy or a sound is said to be mechanical. This distinguishes sound energy form other forms of energy, such as electromagnetic energy. This general definition encompasses all types of sound, including audible sound, low-frequency seismic waves (infrasound), and ultrasound.

Ultrasound
Ultrasound is cyclic sound pressure with a frequency greater than the upper limit of human hearing. Although this limit varies from person to person, it is approximately 20 kilohertz (20,000 hertz) in healthy, young adults and thus, 20 kHz serves as a useful lower limit in describing ultrasound.

Ultrasound Applications
Current applications of ultrasound includes for example: sonochemistry (emulsification, acceleration of chemical reactions, extraction etc.) dispersion, and disruption of biological cells (ultrasonic disintegration), removal of trapped gases, cleaning of microscopic contamination, ultrasonic humidifier, ultrasound identification (USID), and typically to penetrate a medium and measure the reflection signature or supply focused energy. The reflection signature can reveal details about the inner structure of the medium. The most well known application of this technique is its use in sonography to produce pictures of fetuses in the human womb. Other application is using ultrasound in cancer diagnose.

Q1.What kind material of the horn?

A. Titanium alloy, we also customized aluminum hom for customer before.

Q2.What’s the time of delivery?

A. For Conventional hom, 3 days, for customized hom 7 work days.

A. No . but some time need Mechanical stiring.

A. Yes ,it can work 24hours continously.

Q5.What’s the Processing capacity of one set ultrasonic extraction equipment?

Q6.What’s the warranty of your sonicator equipment?

A. All equipment one year warranty.